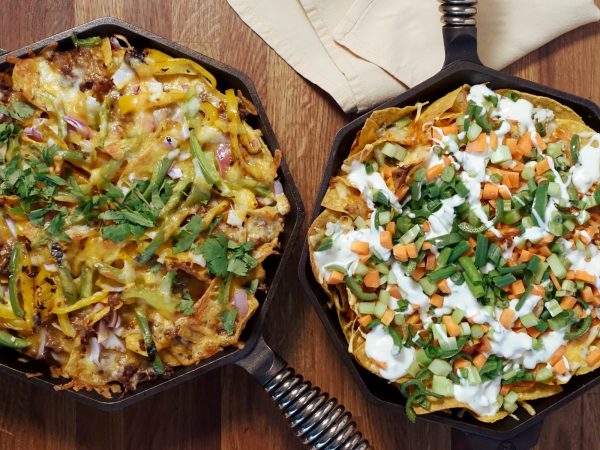 America’s Test Kitchen calls cast iron the “perfect vessel for nachos” and we couldn’t agree more! These Smokey Chipotle Nachos (above, left) are based off their Loaded Beef Nachos and are designed to be cooked and served all out of one FINEX 12″ Cast Iron Skillet. In our version, you’ll need an open flame to char two bell peppers so if you aren’t cooking on a gas range, get your torch or camp stove ready.
Interested in more nachos? Try our buffalo chicken recipe also pictured above. 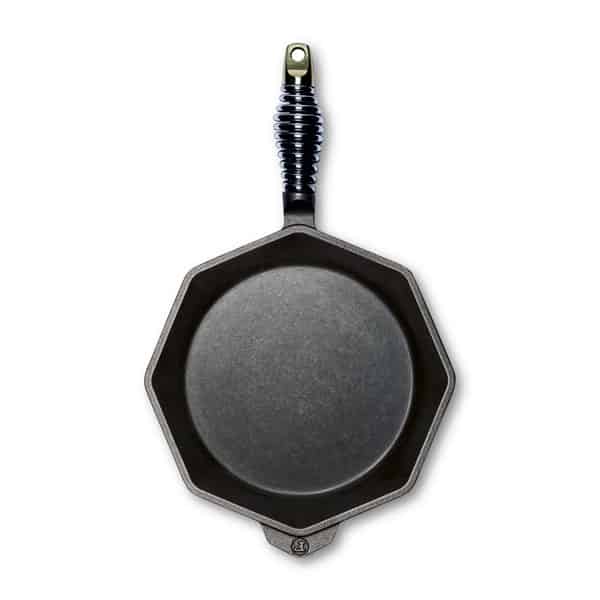 This recipe uses the FINEX 12” Cast Iron Skillet. Buy it directly from our Portland Factory on our webstore. Shop Now